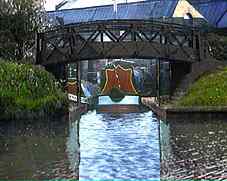 This year’s Run marks the 50th anniversary of the last Blue Line delivery to The Jam ‘Ole.

Nutfield is on loan to the Narrow Boat Trust for their Autumn Coal Run, so Raymond will be paired with Stanton. There will be three other motors, Renfrew, Cepheus and Purton, plus our Treasurer’s narrowboat Fandango in attendance to provide extra accommodation. Ex-Blue Line motor Roger will join in from Rickmansworth to the Jam ‘Ole.

Look out for the flotilla during that fortnight and give them a wave if you see them.

Use the “Search this site” facility to find posts about previous runs – the first was in 2002.